Ever wanted to start a business around your passion, but had this weird feeling that you’re not good enough?

Ever pondered if you truly are an expert at this one thing you’ve invested so many years into?

Of course you have. And so has every other entrepreneur on the planet.

That’s because it’s human nature to compare ourselves to others and more importantly, avoid any type of humiliation or rejection from our social circle.

The reason most beginner entrepreneurs second guess themselves is because they don’t want to be seen as a failure or a loser. And honestly, who can blame them?

I read a study once which showed that the pain someone can feel from social humiliation is just as real as the pain felt from a physical force.

So when some poor guy comes up to you and says he feels as if his heart got “ripped out of his chest” after being dumped — or worse — after being thrown into the friend-zone, it’s probably not an exaggeration.

According to science, it’s much closer to the truth than you may think.

I know what you’re thinking: “Ouch! That poor soul.”

I wish I could say I feel his pain and sympathize, but I can’t relate as the friend-zone is banned ’round here.

We only operate in two zones: the hustle zone, and the party zone. All other zones need not apply.

Anyways, back to why you feel like you’re not good enough…

There’s one other reason why you may feel as if you’re not good enough to be an expert: you actually suck, and provide no value to the marketplace.

Now I know it’s easy to get defensive, but hear me out for a second. I’m not actually saying you suck. I’m saying that could be a reason. It’s natural to feel incompetent at something don’t know much about. Take me for example (yes, that milk chocolate lookin’ figurine to your right). Put me in front of a thousand people and ask me to talk about fitness, fat loss or strength training and I will not hesitate.

I will rock that room like an ACDC concert and drop so many knowledge bombs that it will look like World War III.

Why? Because I’ve been there, done that and coached people to become their best. Here’s just one example: Miriam’s story.

But ask me to go wrestle on stage and entertain a group of people while being half naked?

There’s no way in hell you’re getting me into some tight-ass underwear while I pretend-fight another grown ass man.

Martin (my co-founder) on the other hand, won’t skip a beat! Yes I have proof… You see, pro-wrestling is one of his passions and he’s damn good at it too! He knows exactly how to work the crowd and keeps them entertained and on the edge of their seats.

He always gets repeat fans coming to his shows holding signs and other gimmicks to get his attention. It’s wild. I don’t get it. But it’s still amazing to watch, and I respect it.

By the way, if you ever visit Toronto Canada, shoot us an email and we’ll get you some tickets.

So my point is (besides finding an excuse to put up a picture of Martin half naked. You’re welcome)…. if you truly feel like you’re not an expert, then maybe you need to spend more time doing. More time putting in the grind and the hustle.

Because when it comes down to it, those are the only 2 reasons why any new business owner will have doubts about their expertise.

But once you overcome your inner doubts, how can you know — for sure — whether you truly are an expert?

Is there some secret club of experts that your plead  your case to?

Nope. It’s actually a lot simpler than that:

If you have a system or technique that can consistently solve a specific problem for a vast number of people then you mister, are a god damn expert — regardless of what your haters have to say.

(Don’t worry mistresses, you can be experts too, I just didn’t have a good unisex term to use.)

And trust me when I say this: the market doesn’t give a shit about someone’s PhD. All the market cares about, is what you can do for it.

If I have a problem, and you can teach me how to solve it — or better yet, solve it for me, then you are an expert. And the lack of fancy letters after your name has nothing to do with it*. I mean it doesn’t hurt, but it’s not the only way to secure your invitation to the land of experts.

This Whole Concept Of An ‘Expert’ Goes Way Back

Here’s another sobering fact to think about it: we’ve had experts way longer than we’ve had ‘official’ certifications. You think a master blacksmith from 1647 had a fancy diploma on his wall?

Gimme a break. He became one by putting in the hours, and perfecting his craft through hard work. And when the World around him had a problem (such as invaders or enemies) and needed a solution (weapons) they went to this master blacksmith, as he had the solution: A well crafted sword capable of slicing up motherfuckers like a hot knife through butter.

Is this starting to make sense?

Good, because here’s the REAL kicker…

If you’re smart enough to charge money for the solution to a problem others are having, you now become a “pro”

If you think about it, that’s the only difference between the two . A pro is just an expert who gets paid because he or she — wait for it — hustled for the sale! (Tweet This)

So put yourself under the microscope for a second. What’s one problem that you can solve for someone on a consistent basis?

Forget about how big or small it is, because I promise you there’s an army of people out there who are looking for your solution. Yes, yours! And a good chunk of those people will happily pay you for that solution.

That’s all there is to it. Don’t let any one else tell you that it’s more complicated than that. It’s not.

Now go get em’, you expert you!

*Side Note: Obviously, there are limits to the PhD reference I made. I mean, if I am to be cut up and operated on, you’re damn right I want to be dealing with a PhD and not some freshly graduated med student that spent a good chunk of his time getting drunk and banging nursing students. In fact, if I wanted an expert to help me pick up nursing students, or help me shotgun a beer… guess where I’d go? I think you get my point 😉

Want More Expert Marketing Advice That Doesn’t Have That Boring Textbook Feel To It?

Good, because while you may have come across this article from somewhere on the interwebz, you should know that our core focus around here is the podcast called Do You Even Hustle?

We’ve interviewed everyone from Olympic Medalists to entrepreneurs that have taken themselves from the penitentiary to the penthouse and everything in between. Unlike with Twinkies, this is one of those rare occasions where you can binge out, and come out on top!

So go ahead, check out our complete catalog of episodes right here. And while you’re at it, be sure to become part of our tribe called #HustleNation. You’ll get exclusive perks, discounts on our merch, and know the instant we release new episodes or articles. Oh yeah, and it’s totally Free… 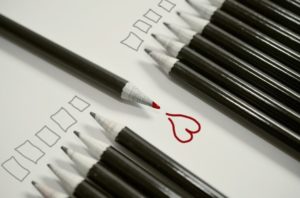 The Most Important Competitive Advantage Your Business Can Have