I still remember a time when having your own website was like the “in” thing. It meant that you were somebody important. Or at the very least, you were someone worth talking about at a party.

“Oh no way?! He must be smart, charismatic and is probably fantastic in bed. I should get to know him.”

Alright, so maybe it wasn’t quite so dramatic, but it definitely had some novelty.

But today? It’s almost standard issue. It’s something that’s expected of you (just like being fantastic in bed).

In fact, if you’re in business and you don’t have a website (or at least a Facebook page), then you’re seen as a complete joke. And rightfully so, because launching a website has never been easier. There are so many tools out there that let you create your own website with visual editors like Wix, Squarespace, WordPress, GoDaddy etc.

You really have no excuse.

However, while having a website is standard, the one thing that’s uncommon is having a website that matters. You know, something that actually helps a large majority of people while making you enough money to not only pay your bills, but thrive.

I own two of them. Martin owns a couple as well. And DoYouEvenHustle is our passion project which is on track of being our third such site.

So how did we do it? Well we made sure we asked ourselves one very important question…

“Who is my ideal reader (or listener), and what do they look like?”

It’s called the The North Star Question (NSQ), and it’s a technique that will save you at least a hundred hours of lost and wasted time. A hundred!

How much is your time worth? $10 an hour? $20? $50? Well take that number and multiply it by a hundred because that’s the exact amount of money I just saved your ass. You’re welcome.

By the way, this is coming from someone who’s been making money from the internet since 2008, so trust me when I tell you that it’s a technique I wish I knew much, much sooner.

As an example, when we started DoYouEvenHustle, we knew two things right off the bat:

In fact, that’s all we’ve ever known. We had no idea how to even start a podcast, but we figured it out.

And you know what? That’s all we’ve ever needed to know because the NSQ helps guide our every decision. Let me give you a few examples:

1) When the topic of censorship came up during our first few recordings, we went back and asked ourselves, “Who is our ideal listener?” … well as it turns out, our ideal listener cares more about the content than anything else, so we said fuck it, anything goes!

2) When we were thinking about coming up with a brand name, we went back to the NSQ and knew the word “Hustle” just had to be in there.

3) When we wanted to come up with the name of our daily planner, the NSQ is what ultimately guided us towards the name of the title.

4) When Martin and I are brainstorming about what articles to write or who we should bring on the podcast, our NSQ helps us seek out guests that you can relate to and find inspiration from.

See how it makes life so much easier? That’s the power of the NSQ technique. In the words of the ever-famous scientist Richard Dawkins,“It works, bitches!”

So be sure to use it before wasting a whole bunch of time on starting a website that does nothing but bleed you money.

Unless you don’t care about being effective and just want to start a website in the hopes of impressing your Tinder date.

In that case, all the power to you! But even on Tinder, you should probably use the NSQ technique so you don’t get catfished 😉 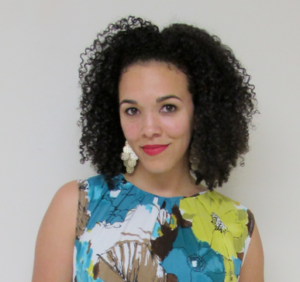 This Mom Turned Her Passion Of DIY Projects Into A Successful Business! (Ep 35) @thriftdiving